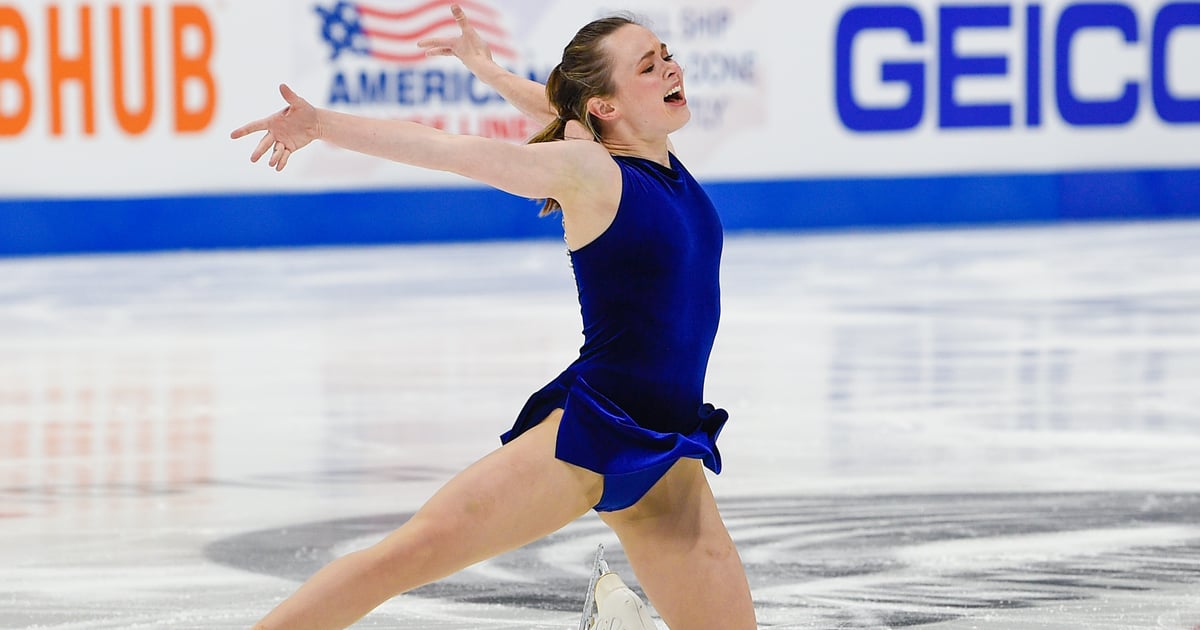 After a spectacular short program totaling 75.55 points on Jan. 6, Mariah Bell leads the women’s competition at the 2022 US Figure Skating Championships. According to NBC Sports, should Bell, 25, win Nationals, she’d be the oldest national champ in 95 years. The competition also marks the last one before the sport’s Beijing Olympic team is announced, and if Bell were to get on that coveted roster, she’d reportedly be the oldest US Olympic women’s singles skater in 94 years. Three women will make the team, and it would be her Olympic debut.

Bell’s short program, seen in full above, was a beauty to watch. It featured flowing dance, a massive triple flip-triple toe combo at the beginning, and moments of pure joy throughout. One way we’d describe it? A long, cool exhale after holding your breath. The music — a fitting choice for the artistry-infused choreography — was “River Flows in You,” by pianist Yiruma.

Olympic team bronze medalist Adam Rippon coaches Bell, and he was bursting with excitement when she nailed her performance. “The goal is just to keep attacking. And if I do that, I’ll be very happy,” Bell, who won silver at 2020 Nationals, said, according to Olympics.com. “And that’s really what Adam has given me. . . . He obviously went to the Olympics and he’s like, ‘No, it’s incredible. But at the end of the day, it’s another competition.’ And you know, that’s really all it is. We’re so lucky to be in a place where we get to do [this].”

Karen Chen, 2018 Olympian hoping to make her second Games this year, currently sits in second place, trailing Bell by one point. The women’s free skate at the 2022 US Figure Skating Championships airs at 8 p.m. ET on NBC.