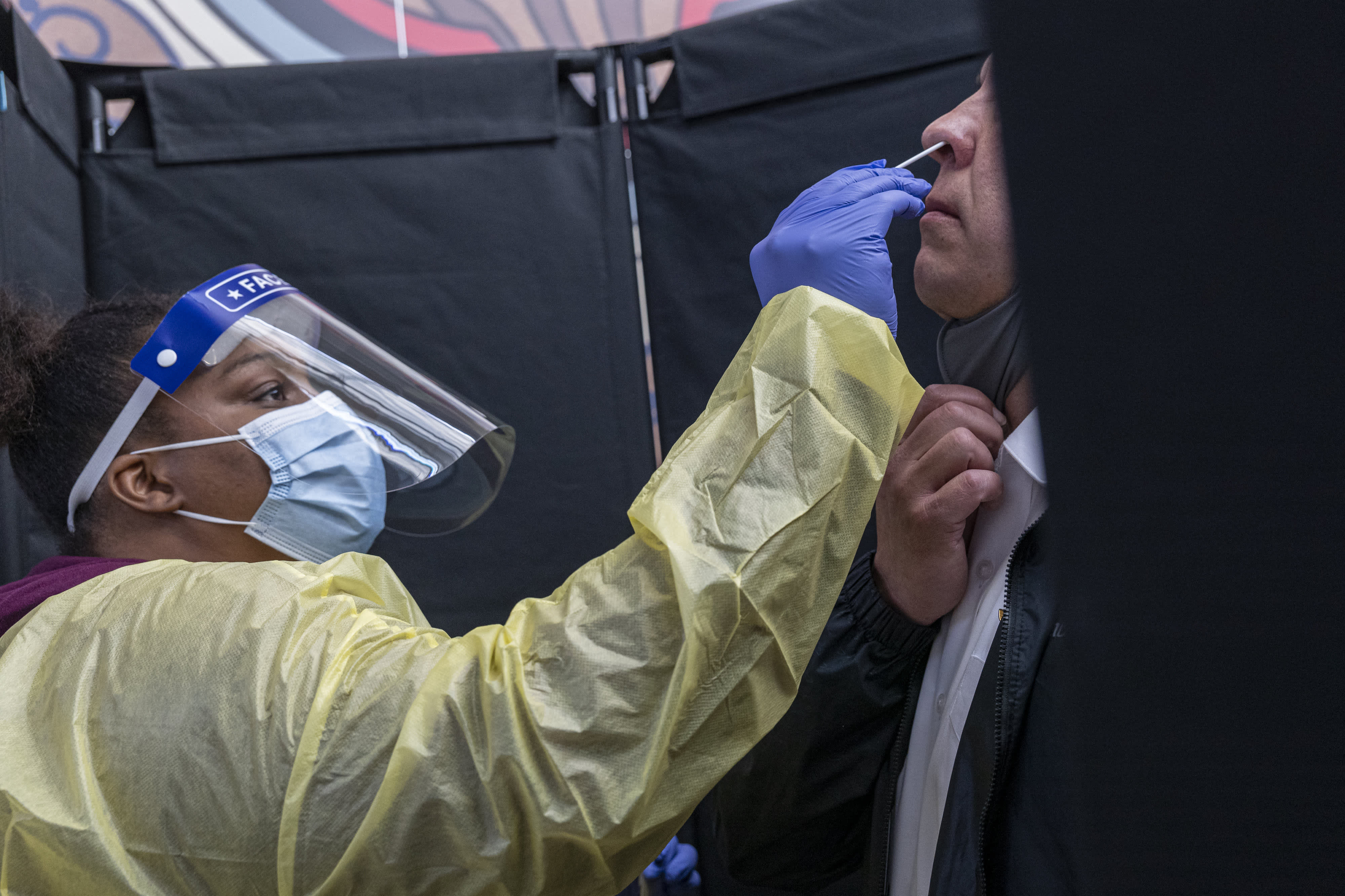 At least six U.S. states now have more than a dozen cases of the highly mutated omicron Covid-19 variant after Nebraska officials Friday confirmed six infections after a traveler returned from Nigeria and apparently infected five members of their household.

The news comes one day after 10 cases were confirmed in Minnesota, Colorado, New York, Hawaii and California, which reported the nation’s first case of the variant in a patient in San Francisco on Wednesday and tenth case in Los Angeles on Thursday.

The first patient in Nebraska returned from Nigeria on Nov. 23 and became symptomatic on Nov. 24, according to a press release from the Public Health Solutions District Health Department.

Only one of the six people were vaccinated and none have required hospitalization, the department said.

The U.S. is among the list of 38 countries with confirmed cases of the omicron variant, the World Health Organization on Friday.

President Joe Biden on Thursday tightened pre-departure testing rules for international flights and extended mask mandates on public transportation as part of a broader strategy to curb the spread of the new variant.

However, officials in New York and Hawaii, who reported cases of the variant Thursday, said they believe omicron is already spreading in their communities.

“This is not just due to people who are traveling to Southern Africa or to other parts of the world where Omicron has already been identified,” New York City Health Commissioner Dr. Dave Chokshi told reporters at a press briefing Thursday.

Omicron has more than 30 mutations to the spike protein, which the virus uses to attach to human cells. Some of the mutations are associated with higher transmission and a decrease in antibody protection, according to the WHO.

Health officials in the U.S. and worldwide have worried that the variant may reduce the efficacy of vaccines to some degree.

“The molecular profile of the kinds of mutations that you see [in omicron] would suggest that it might be more transmissible and that it might elude some of the protection of vaccines,” White House chief medical advisor Dr. Anthony Fauci told reporters Wednesday. “But we don’t know that now.”