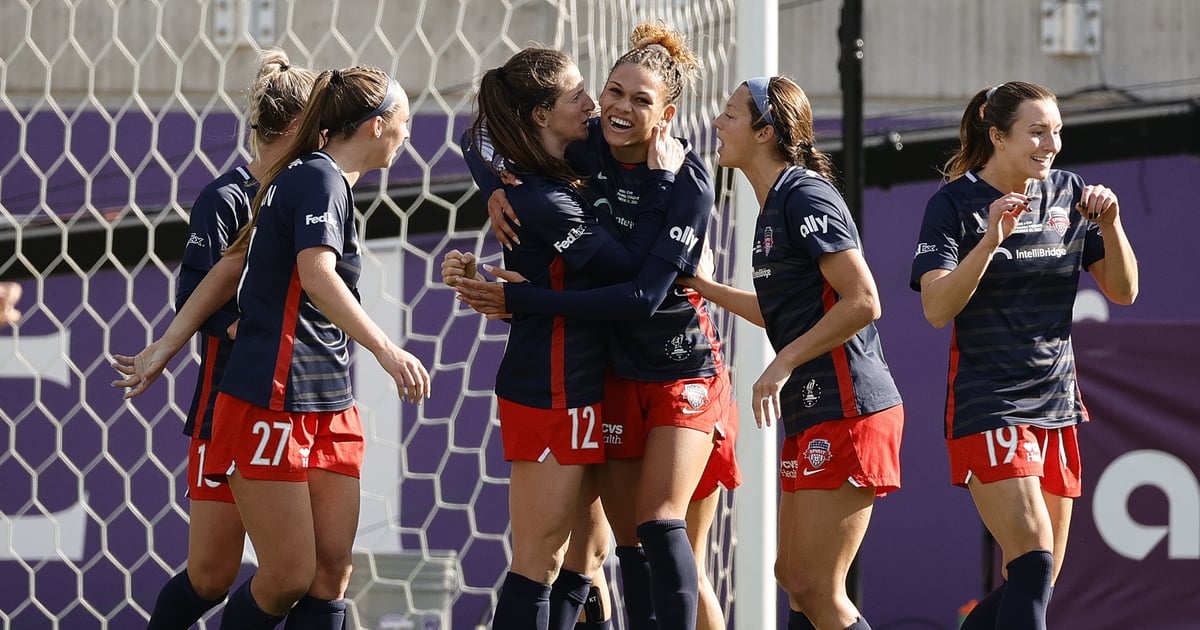 After a tumultuous season that saw the NWSL reckon with abuse allegations and its own culture of silence, the league has crowned its new champion: the Washington Spirit, which beat the Chicago Red Stars to win the franchise’s first ever championship.

The game started with a choppy, back-and-forth first half, and both teams looked ready to take a 0-0 score into halftime when Chicago’s Rachel Hill headed a floater of a cross past Spirit goalkeeper Aubrey Bledsoe in the last seconds of stoppage time. That gave the Red Stars the lead, but it was all Spirit in the second half. NWSL Rookie of the Year Trinity Rodman pushed the tempo for Washington and had a bullet of a shot go off the post, eventually helping to create the play that led to Chicago defender Tierna Davidson’s foul in the box. Andi Sullivan put away the resulting penalty kick to tie the score 1-1 in the 67th minute, and with star forward Mallory Pugh unavailable due to a first-half injury, Chicago struggled to get into an offensive rhythm.

As the game wore into extra time, the Spirit kept up the pressure until it finally paid off. Rodman sailed a long, curling cross that met the head of US Women’s National Team star Kelley O’Hara, who sliced it back across the net for her first (!) goal of the season. (Want a fun piece of trivia? O’Hara, at 33, is now the oldest player to score in the NWSL championship. Rodman, who served up the cross, is the youngest to score in the playoffs thanks to her goal in the semifinals.) Chicago had a few more dangerous chances in the waning minutes, but Bledsoe, recently named 2021 Goalkeeper of the Year, came up with a clutch save on a close-range shot from Makenzy Doniak while another hard chance went just over the bar.

It was the most gratifying of wins for Washington, who fired its coach, Richard Burke, in mid-season after allegations of verbal abuse against players. The team has also been dealing with an ownership issues, leading to fans and players alike pushing for the team to be sold. Yet the Spirit players banded together in the face of adversity. “We’re a team that’s gotten closer through this process,” Rodman told The Athletic recently. “I wouldn’t want to be on any other team.”

Watch the exciting game’s highlights ahead, and congrats to the Spirit!