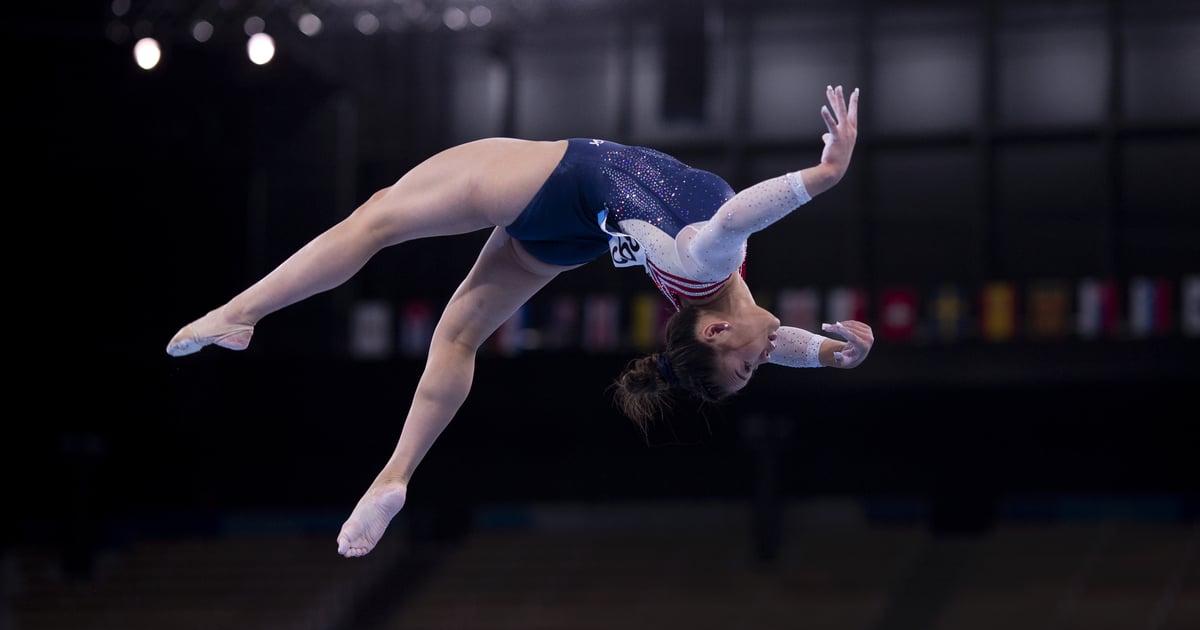 The next stop for Suni Lee is an NCAA gymnastics career at Auburn University, but before that, the three-time Olympic medalist is tangoing, salsa-ing, and flipping on the 30th season of Dancing With the Stars. The 18-year-old posted a video on Instagram, seen above, of her practicing beam in between dance training, writing in the caption that she’s “back in [her] element” and that it was the first time she’d set foot on a balance beam since the Olympics.

Current and former gymnasts everywhere (myself included) can attest to muscle memory, and Lee makes her acro series, a side aerial to two back layout step-outs, look effortless. In the second video of the slideshow, you’ll see her also nail a front aerial.

If you recall, Lee finished fifth in the Tokyo Games beam final. It wasn’t her best performance, but she still has her trifecta of gold, silver, and bronze Olympic medals, and her track record on the event this year has been one of great success (hello, first place at the Olympic Trials!). We’re confident she will bring her expertise to the world of collegiate gymnastics — a side of the sport known for perfect 10s and showy routines.

DWTS partner Sasha Farber commented, “if we make the finals I want to have you do a cool beam section !!!!!!!!!!! That would be sooooo cool dance slash/beam.” Lee liked the comment, so hopefully she’ll think about displaying those beam skills on the show. It would be a sight to see! You know what that means: vote, vote, vote.