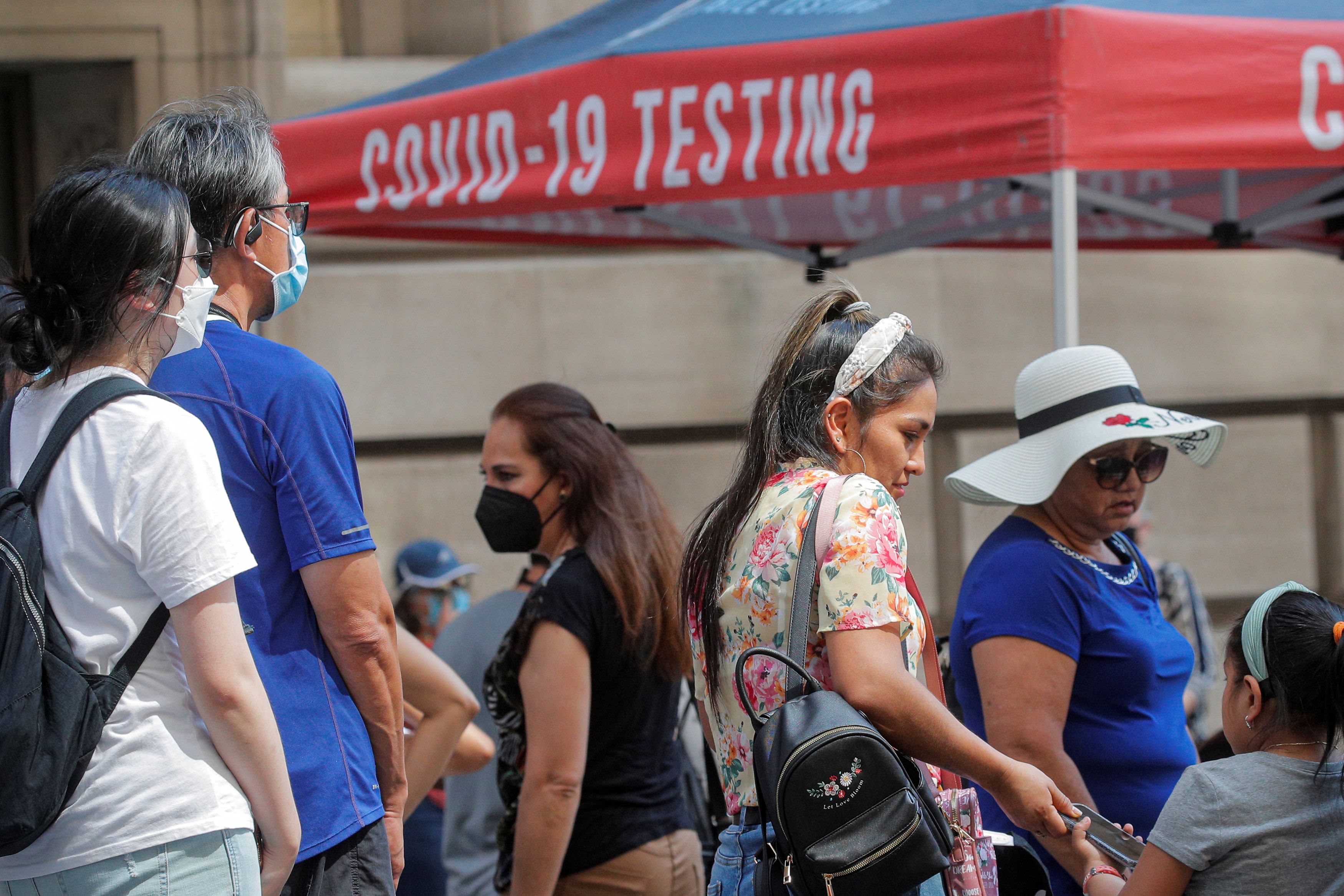 The U.S. is heading into Labor Day weekend with just over four times as many Covid-19 cases and more than twice as many hospitalizations as at this time last year — despite having vaccinated 62% of the American population with at least one dose.

The U.S. and the world are nowhere near where health officials hoped, and thought, we would be 20 months into the pandemic — and more than eight months after vaccines that boasted efficacy rates around 95% were rolled out.

Though the outbreak is significantly worse by most measures than 2020, setting the U.S. up for a tough fall season, the delta variant, vaccines and open schools make it hard to predict how the pandemic will unfold, doctors and scientists say.

“There is a lot more uncertainty right now. The dynamic interplay between variants and vaccine and particularly people unvaccinated, and the sort of game changer of the delta variant leads to a lot of uncertainty in terms of what the fall holds,” said Dr. Barbara Taylor, an assistant dean and infectious disease specialist at the University of Texas Health Science Center at San Antonio.

The Centers for Disease Control and Prevention has advised unvaccinated Americans against traveling over the holiday weekend, worried the festivities could kick off another surge in cases.

Heading into Labor Day 2020, the U.S. was coming down off a summer surge in which average daily cases peaked around 67,000 per day in July to an average of just over 41,000 new cases per day the week before Labor Day, data compiled by Johns Hopkins University shows. New cases this week have climbed to their highest point since January, averaging 166,000 per day over the last seven days.

New cases, however, are rising at a substantially slower pace than in recent weeks, and many scientists predict they will soon start to decline. New cases rose by 7% over the last week, almost a third of the seven-day jump of 26% just three weeks ago, according to the data.

“It is true that cases, hospitalizations and deaths are at higher levels than they were last Labor Day, especially for mostly Southern states,” said Lawrence Gostin, director of the World Health Organization’s Collaborating Center on National and Global Health Law. “This was highly surprising because we now have highly effective vaccines.”

However, the effectiveness of all three vaccines cleared for use in the U.S. — Pfizer, Moderna and Johnson & Johnson — has fallen since they were first introduced. Scientists have discovered that the protection wanes over time. The highly contagious delta variant is also a game changer. It spreads more easily and quickly than other variants, according to the CDC, infecting both unvaccinated and vaccinated people.

U.S. heads into Labor Day with Covid vaccines, but a substantially worse outbreak than last year

Singapore to roll out Covid vaccine booster shots to some groups, including seniors

Fauci says he wouldn’t be surprised if Covid vaccines require three shots for full regimen, instead of two

The viral load in the nasal cavity is so high, estimated at 1,000 times that of other strains, that scientists in Australia say they traced a case where a man contracted it with just 5 to 10 seconds of exposure. The small fraction of fully vaccinated people who get Covid, even an asymptomatic case, are just as capable of spreading it as unvaccinated people, officials have warned. The delta variant now accounts for 99% of all new sequenced cases in the U.S.

“The delta variant, as we’ve seen with the evolution of Covid-19 over the past year and a half, continues to throw us curves, and I think the best advice is to be cautious and careful,” Dr. Nusheen Ameenuddin, a community pediatrician at the Mayo Clinic, said in an interview.

The good news is that delta appears to be running its course in the U.S., running out of new people to infect as vaccination rates rise and others gain natural immunity after recovering from the virus, doctors and scientists say.

New hospital admissions have finally started to turn after weeks of a steady rise, with the seven-day average of daily admissions down 1.7% over the past week, CDC data shows. Still, more than 100,000 Americans are currently hospitalized, compared with about 41,000 during the same week a year ago, according to the Department of Health and Human Services, in line with levels seen in late January of this year.

The big question is: How long does immunity last? Studies show that the vaccines start to wane in effectiveness about two months after the second shot and then really decline in protection five to eight months following full vaccination, U.S. officials say.

“We may see periodic waves of this until there is sufficient community-level protection, and hopefully that comes via vaccination rather than recovery from natural infection,” said infectious diseases physician Dr. Isaac Bogoch at the University of Toronto. “I know we all want the pandemic to be over, but it’s not. We are closer to the end in countries with access to vaccinations, but it’s not over.”